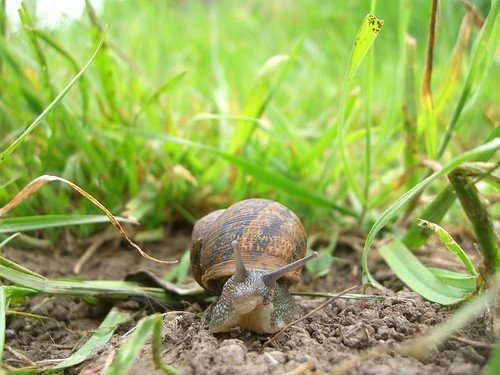 Cornbread is the opposite of oysters. Cornbread is gritty, all those little grains of meal like footholds for your tongue. Tongue-holds. You feel the individual grains dissolving at different rates, and it's as if you could taste the twinkling night sky.

Oysters are nothing like this, of course. Oysters are a fog of sex and seaweed; they make me forget who I am. Cornbread's grit gives you something to hold onto, oysters are slippery and hard to fathom.

Most viscosity is disgusting: think of the quivering translucence of under-fried egg white or the loathsome semen of someone you don't love.

Now think of the semen of someone you do love: no less disgusting, but you love it in all its disgustingness. Love doesn't overcome disgust; it includes it. This is how it is with oysters.

I used to live around the corner from a fancy chocolate shop run by an old French man: a Frenchman. Chocolate was his passion and he read your confectionary palate like it was your palm. The first time I visited, he laid out five squares of chocolate on the marble countertop and watched as I tasted each one. I don't remember the first four, but the final square I will never forget: it had the texture of sand.

Tell me your favorite, he said when I finished. I pointed to the sandy one. Ah, he said knowingly. That means you are impatient. Most chocolate contains an emulsifying agent, which slows its disintegration to convey an impression of melting. The chocolate you chose contains no emulsifier—it dissolves quickly on the tongue. You sacrifice butteriness for instant gratification.

That's not what I like about it, I protested. Without emulsion, each individual particle of chocolate is perceived separately. It cackles! It's more interesting.

No, he said. That's simply another way of describing speed.

I enjoy voices. They're what I remember best about old boyfriends. Niko's voice tasted squished. Not squishy, but pressed, as if it was being run through a panini press and you could hear the cheese gasp and the bread brown. Galen's voice was so lovely, with its rounded words like intricate hollow objects, or piping with water trickling through. And Tyler had a pop-goes-the-weasel voice, with all sorts of crackling surprises that made me blush and demur and look on in awe.

Mike's voice is like an airplane. It's cold metal but there's an engine behind it.

I was at a sushi restaurant in LA a couple of months ago, and a plate appeared with a beautiful iridescent shell. It looked like I should put it on my ear. I turned it over and lifted up the little disc that covered the opening, and a jet black length of snail came spiraling out. I didn't eat it.

I have a history with snails. I worked on a farm for a year after college, and we were always finding snails on the lettuce. We flung them into the dirt, until someone got the idea of collecting them for dinner. All the snails we found that day were placed into a sealed container with some cornmeal to purge them of funk and improve their flavor. There they remained, day after day after day. None of us could muster the courage to cook them.

One night, we were having a late night cavort, sitting in our little outdoor kitchen drinking whiskey and looking at the moon. “I have to go to bed,” I said—I was always the first one down. Tyler sensed a rigidity in me that I could tell he was desperate to break.

“You don't have to do anything, Lindsay,” he said with eyes aglow. “You can stay up all night and go for a run on the beach at dawn. You can even eat a snail.”

The plastic container was on the shelf just beside him. He reached for it and plucked out a specimen. He held it an inch from his face, and after a brief hesitation, slurped the snail from its shell. Then he took a shot of whiskey and ate another.

I couldn't eat the snail—not that night, and not any night. The texture of snails, I know without eating them, is like the inside of your body. You don't often encounter the inside of your body, but think about your eye, now think about peeling back your skin and everything underneath is all eye, one big continuous eye with rivulets and folds. I can't.
Posted by Lindsay Meisel at 9:48 PM 1 comment: