A Cure for Dying 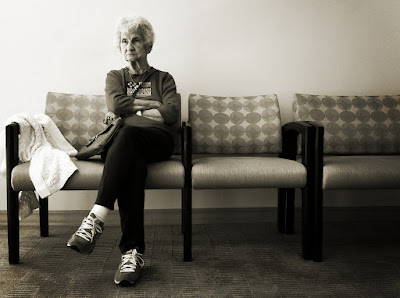 I pick at death like a scab. Well, not entirely like a scab—no relief comes, there's no satisfaction in it. But I do pick at it. I direct my attention to eternity every now and then. And when I do, something that was previously sealed up nicely bleeds and stings. I feel that dizzy fear, that forever fear, the fear that nothing can heal.

No, that's not right. Life is a scab, not death. The distraction of every day life forms a protective coating. Death is the blood that flows forth when I scratch.

Mike says he's afraid of suffering, of pain, but this is not my fear. This is far too rational. For Alek and Rachel, it's life's meaninglessness, the fact that all of this will eventually be dust. I see their point, but no, that's not what scares me either. My particular manner of fearing death feels inherited, inherited from my people, the Jews. It's a whiny, anxious fear, a fear that wrestles with life's basic premise.

This is what scares me about death: not pain, not suffering, not being forgotten, but of being left somewhere forever. And when forever is over, more forever after that. It's the windowless waiting room I sat in as a child when I accompanied my grandma to a doctor's appointment. There were no Highlights magazines, no toys, no light from the outside world. Just green chairs and ugly adults and an oppressive air of resignation. If my mom was there, I'd be complaining vociferously. Instead I sat in itchy, uneasy silence, poised to claw my skin off.

I waited for 20 minutes while my grandma visited with her doctor. That's it—there's nothing more to the story. But children are as animals, lacking the experience to distinguish actual threats from imagined ones. Like a cat yowling in its carrier, I wasn't sure anyone would ever come to retrieve me. I genuinely believed this was my life now, sitting in the waiting room among the gray borings. That, however silly, is how I picture death.

After living most of my 31 years with this fear—a fear that I accepted as the burden of consciousness, an inevitable shadow—it recently occurred to me that my fear was misplaced. What I was afraid of this whole time was life, of what it would be like to live forever. The whole point of death is that you don't have to experience it. You're not there during that long forever. The only way to experience that would be to not die. If forever is what scares you, death is the good guy, the one who rescues you from your fears. How kind of death to obligingly play the bad guy, to accept my scorn and derision when all the while he was the one protecting me.

Posted by Lindsay Meisel at 8:02 PM